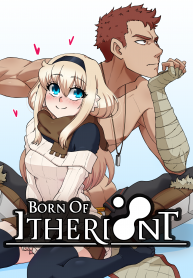 «When magic came to this world, it also brought humans» 300 years after the «singularity», humans have expelled the monsters from the continent and now we fight among us. Follow Leiko, Kazan, Miia and Alyn in a story about what Itheriont is and what it represents in a world at war, which hates and fears everything that means «monster».

Born of Itheriont is the name of a personal project (web comic) set in world of “Age of Itheriont”. Kazan, Leiko, Miia and Alyn, are the main characters on a story about what is the Itheriont and what it represents in a world in war that hates and fear all that means “monster”.

contains themes or scenes that may not be suitable for very young readers thus is blocked for their protection.